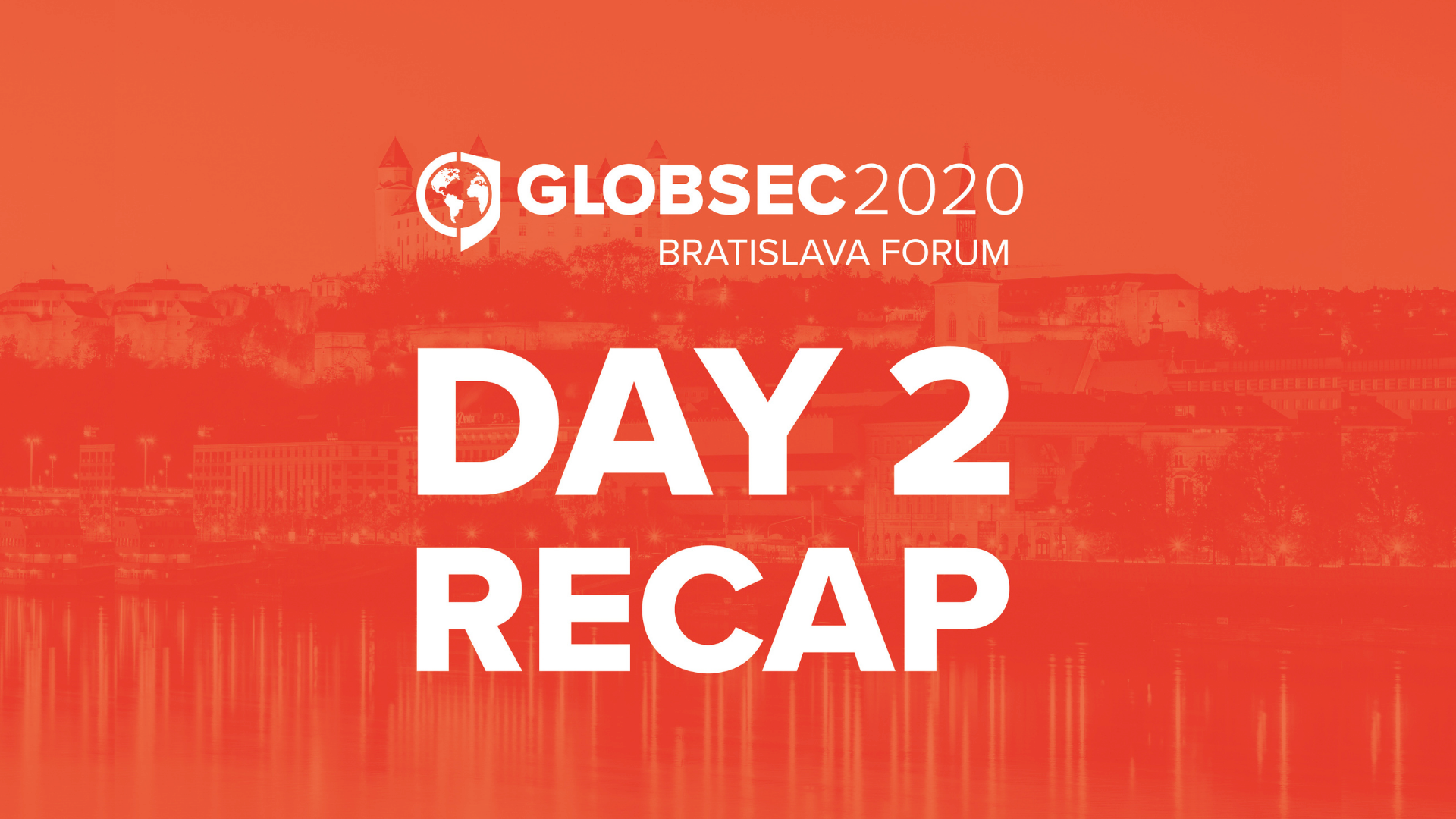 Cooperation as a key and necessary factor in today’s global politics was the main topic of the second day of Globsec at Maria Theresia stage. It is the cooperation that is missing in the  Turkey-EU relationship. Turkey has been trying to negotiate their alliance in the EU for over 60 years now without success. “It is personal. But it is not personal at the same time.” Turkey believes in NATO, yet it has to collaborate with Moscow where the EU leaves them in shadow.

The strength in cooperation was described also in the Visegrad cooperation as a symbol of Central Europe on the European political map. Despite the initial goal of EU membership being fulfilled, the cooperation continues to work not only on the European agenda but also in terms of multilateral cooperation between the V4 countries. This cooperation needs to continue even more broadly in the structures of the EU.  The EU needs to have a unified approach to key issues and agree on policies, not just principles as well as use the available tools in the form of resources and agreements to exert influence.  Including this cooperation on different levels can be seen in the Pact of Free Cities launched by mayors of the Visegrad 4 capitals, that aims to create a cooperative platform of shared values and initiatives directly counterbalancing illiberal national governments.

Cooperation was discussed also in the context of the future of North Macedonia, a state that went from being a captured state to a NATO member within two years. President Stevo Pendarovski explained his willingness to further develop their cooperation within the Balkan region and the European Union. Western Balkans, as well as Ukraine, constitute the priority regions for the EU that includes continuous cooperation, dialogue and hard work on bringing these countries closer to the EU.

Strategic partnerships are important even between long-standing allies such as between the EU and NATO, even though we can see the EU is on the quest for its own strategic autonomy. The current political will within the EU provides a unique opportunity to try to deepen the security and defence cooperation, but carefully, so the EU capabilities and instruments will be interoperable with NATO.

At the Habsburg stage, the convergence of technological connectivity and security were at the centre of discussion. Commercial innovations benefit national security where the technology developed by private enterprise can be adapted to governmental use, but consumers expect constant progress. This influx of available consumer data creates traps and it is easier for adversaries to intervene in these services and disrupt societies. The topic of digital sovereignty has become a strong political narrative in Brussels and individual member states. Europe is taking the lead on transparency and data protection and this is where its biggest comparative advantage lies along with its reputation as the regulatory super-power.

The digital age and social media platforms, however still also have a positive effect, such as maintaining democracy. Facebook appoints over 35 000 people just to assure an ethical and safe digital environment and daily takes off thousands of inappropriate, misleading and hatred information. They also created a designed COVID-19 support centre to help the community which has been used by over 50 million people already. Social media wants to help the government to gain the public trust again but they also need support in a way of creating rules. But to continue to build trust we need to cooperate and understand the challenges we are facing.

We are currently grappling the worst problem in terms of economy and health since World War 2. The times of crisis have proved the importance of world trade and that the global corporation is very essential when it comes to maintaining the global market. The free trade and value chain is critical for economic recovery. The key to the future is to coordinate and communicate and mutual solidarity. We need to work as a global community considering the changing geopolitical environment, where the US no longer sets the rules but is looking to firstly fix their internal struggle and then work with allies to overcome challenges such as the rise of China.