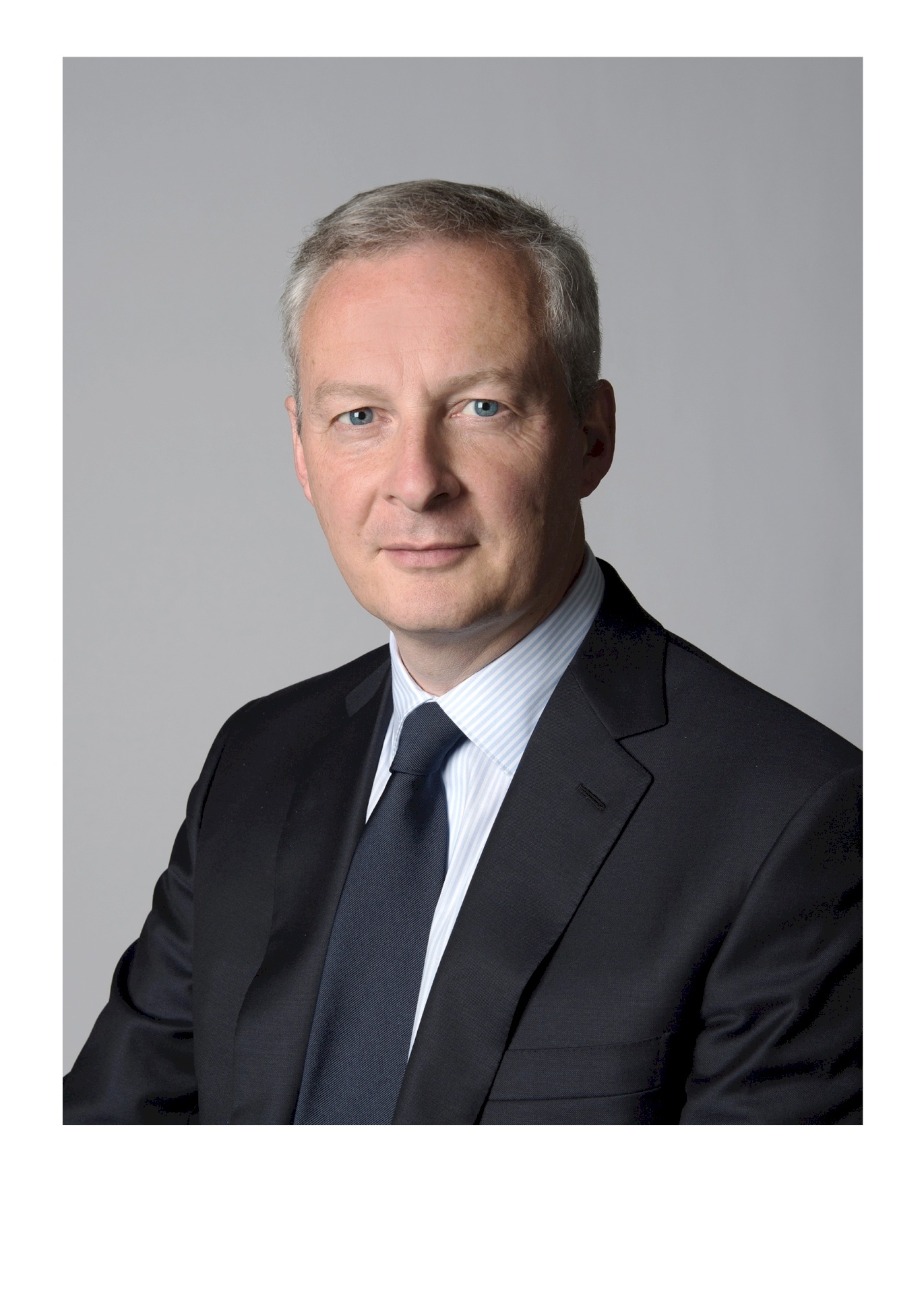 MINISTRY OF THE ECONOMY AND FINANCE, FRENCH REPUBLIC

Bruno Le Maire, who was born on 15 April 1969 in Neuilly-sur-Seine, is a French politician and diplomat.

He currently holds the position of Minister for Economy finance and the recovery in Edouard Philippe’s government under Emmanuel Macron’s presidency.

An alumnus of the École normale supérieure, holder of a higher degree (agrégation) in French language and literature, graduate of Sciences Po Paris and former student at the École Nationale d'administration (ENA), Bruno Le Maire began his career as Foreign Affairs Adviser at the Ministry of Foreign Affairs (known as the Quai d'Orsay). In 2002, he became Strategic Affairs Adviser to the Minister of Foreign Affairs followed by Adviser to the Minister of the Interior in 2004. In 2005, he joined Prime Minister Dominique de Villepin at Hôtel Matignon, first as an adviser and then as his Chief of Staff from 2006 to 2007.

In June 2007, he was elected as MP for the first constituency of the Eure département.

In December 2008, he was named Minister of State for European Affairs in François Fillon’s government before being appointed Minister for Agriculture and Fisheries in June 2009. He held the latter position until May 2012.

In 2012, he was re-elected as MP for the Eure département.

In October 2012, he resigned from the foreign affairs advisers corps of the senior civil service.

In November 2014, he was a candidate for the presidency of the UMP party and took part in the centre-right primary for the French presidential election in November 2016.

In 2017, he was re-elected as MP for the Eure département.