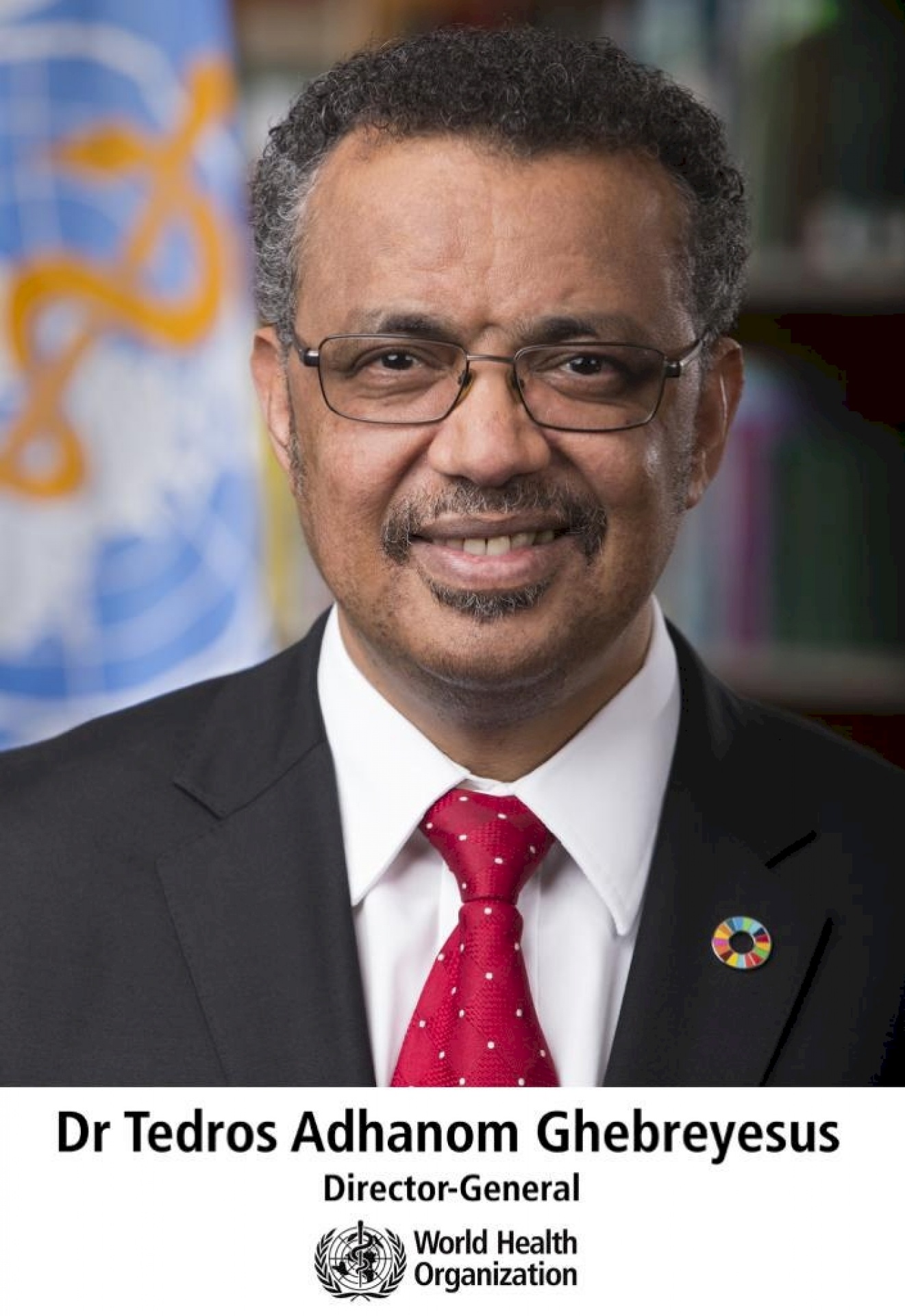 Dr Tedros Adhanom Ghebreyesus was elected as WHO Director-General for a five-year term by WHO Member States at the Seventieth World Health Assembly in May 2017.

He is the first WHO Director-General to have been elected from multiple candidates by the World Health Assembly and is the first person from the WHO African Region to serve as WHO’s chief technical and administrative officer.

Prior to his election as WHO Director-General, Dr Tedros served as Ethiopia’s Minister of Foreign Affairs from 2012–2016. In this role, he led efforts to negotiate the Addis Ababa Action Agenda, in which 193 countries committed to the financing necessary to achieve the Sustainable Development Goals.

Dr Tedros served as Ethiopia’s Minister of Health from 2005–2012, where he led a comprehensive reform of the country’s health system. All roads lead to universal health coverage for Dr Tedros, and he has demonstrated what it takes to expand access to health care with limited resources.

The transformation he led as Ethiopia’s Minister of Health improved access to health care for millions of people. Under his leadership, Ethiopia invested in critical health infrastructure, expanded its health workforce, and developed innovative health financing mechanisms.

Beyond Ethiopia, Dr Tedros’ global leadership on malaria, HIV/AIDS, and maternal and child health has been immensely impactful. He was elected as Chair of the Global Fund to Fight AIDS, Tuberculosis, and Malaria Board in 2009, and previously served as Chair of the Roll Back Malaria Partnership Board, and Co-chair of the Partnership for Maternal, Newborn and Child Health Board.

Born in the city of Asmara, Eritrea, Dr Tedros holds a Doctorate of Philosophy (PhD) in Community Health from the University of Nottingham and a Master of Science (MSc) in Immunology of Infectious Diseases from the University of London. Dr Tedros is globally recognised as a health scholar, researcher, and diplomat with first-hand experience in research, operations, and leadership in emergency responses to epidemics.

Throughout his career, Dr Tedros has published numerous articles in prominent scientific journals and received awards and recognition from across the globe. He received the Decoration of the Order of Serbian Flag in 2016 and was awarded the Jimmy and Rosalynn Carter Humanitarian
Award in recognition of his contributions to the field of public health in 2011.