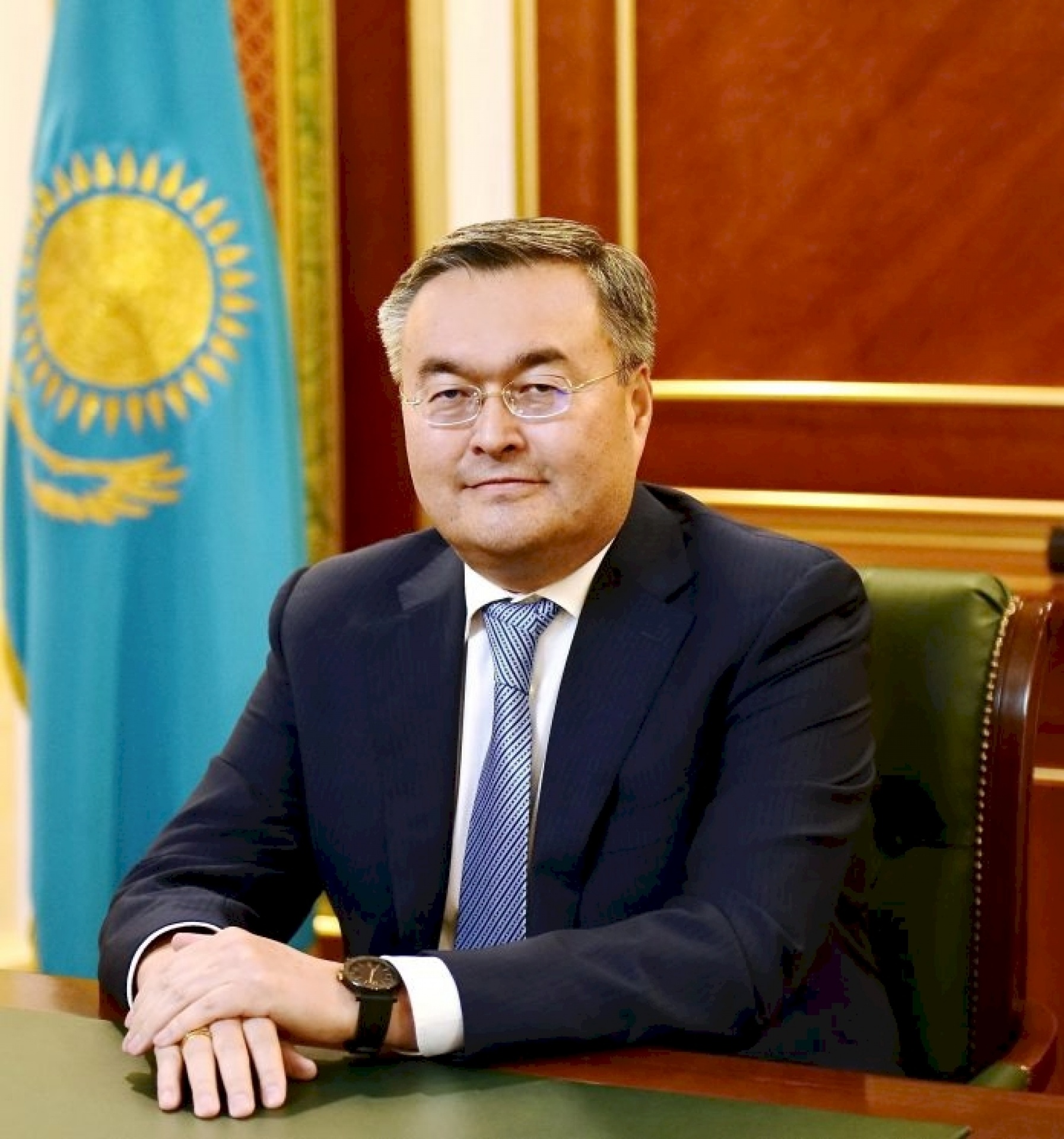 Mr Tileuberdi has served as Minister of Foreign Affairs of Kazakhstan since September 2019. Prior to that, he served as First Deputy Foreign Minister, in 2016-2019, and Deputy Foreign Minister, in 2003-2004. Throughout his diplomatic career that began in 1993, Mr Tileuberdi worked at the embassies of Kazakhstan in the Republic of Korea and in the State of Israel, and he served as Kazakhstan’s Ambassador to Malaysia with concurrent accreditation to Indonesia, Brunei Darussalam and the Philippines, as well as Kazakhstan’s Ambassador to Switzerland, with concurrent accreditation to Liechtenstein and the Vatican, as well as Kazakhstan’s Permanent Representative to the UN Office in Geneva.

Mr Tileuberdi graduated from the Philosophy and Economy Faculty of the Kazakh State University in 1990. He speaks Kazakh, Russian, English, Korean, and Japanese.