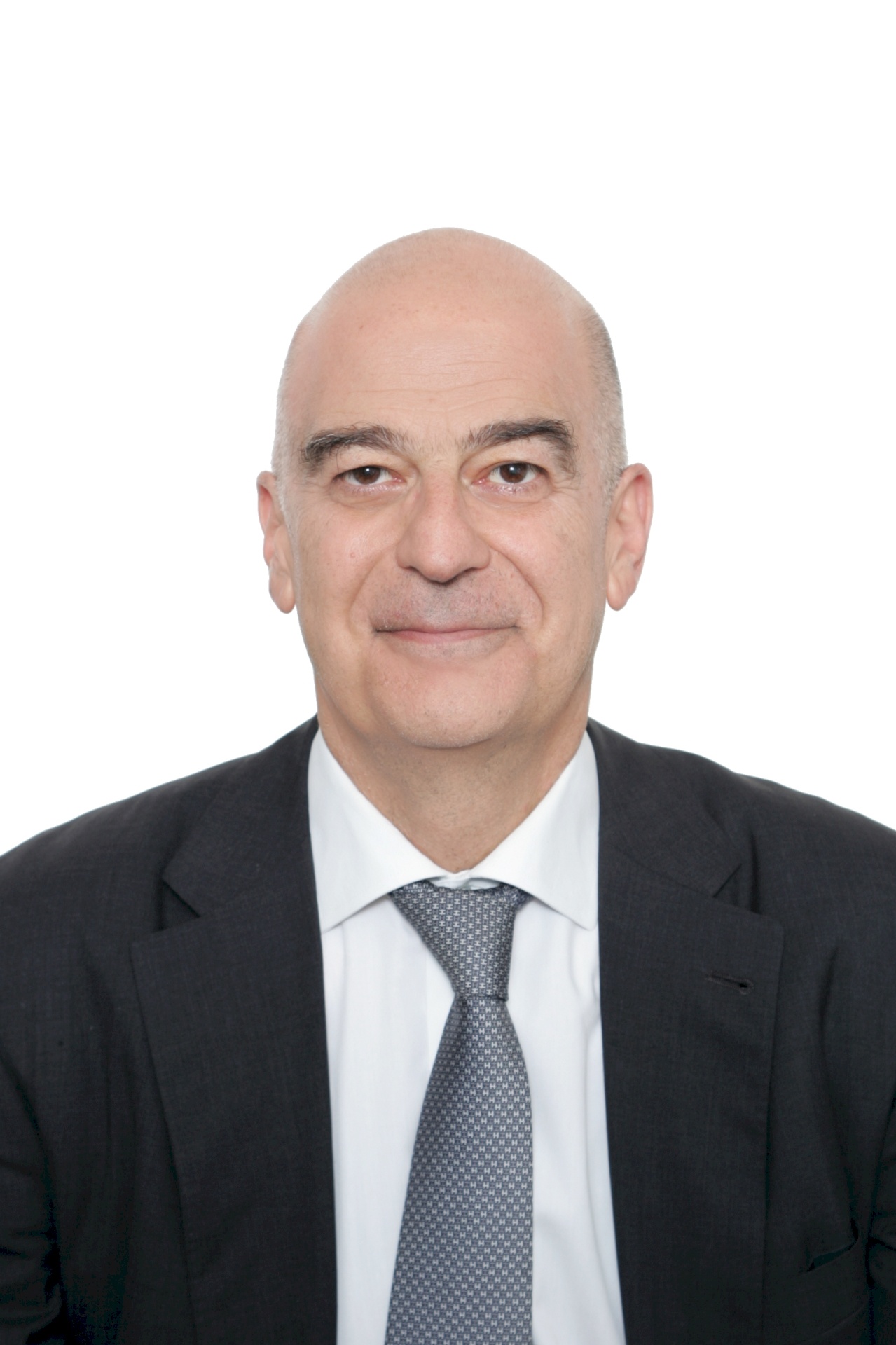 Nikolaos Dendias was born in Corfu.

He is a graduate of the Athens College and of the Athens University Law School (with honours). He holds a Master of Laws (LL.M.) from the University of London, specializing in Maritime and Insurance Law (University College - UCL) and Criminology (London School of Economics - LSE).

He is a Supreme Court lawyer.

From March 2004 to December 2015 he was MP for Corfu with Nea Dimokratia. In January 2015 he was elected MP for Athens 2nd District, first in votes among his fellow candidates on N.D. ballot.

In January 2016 he was appointed parliamentary spokesperson of Nea Dimokratia.

At present, he has been appointed Minister of Foreign Affairs of the Hellenic Republic.

He has served on numerous Parliamentary Committees. Has been elected as Chairman of the Migration Committee of the Council of Europe in 2013 and Vice President in 2012, being a member of the Committee since 2004.

He is married to Dafni Lala and has three children.