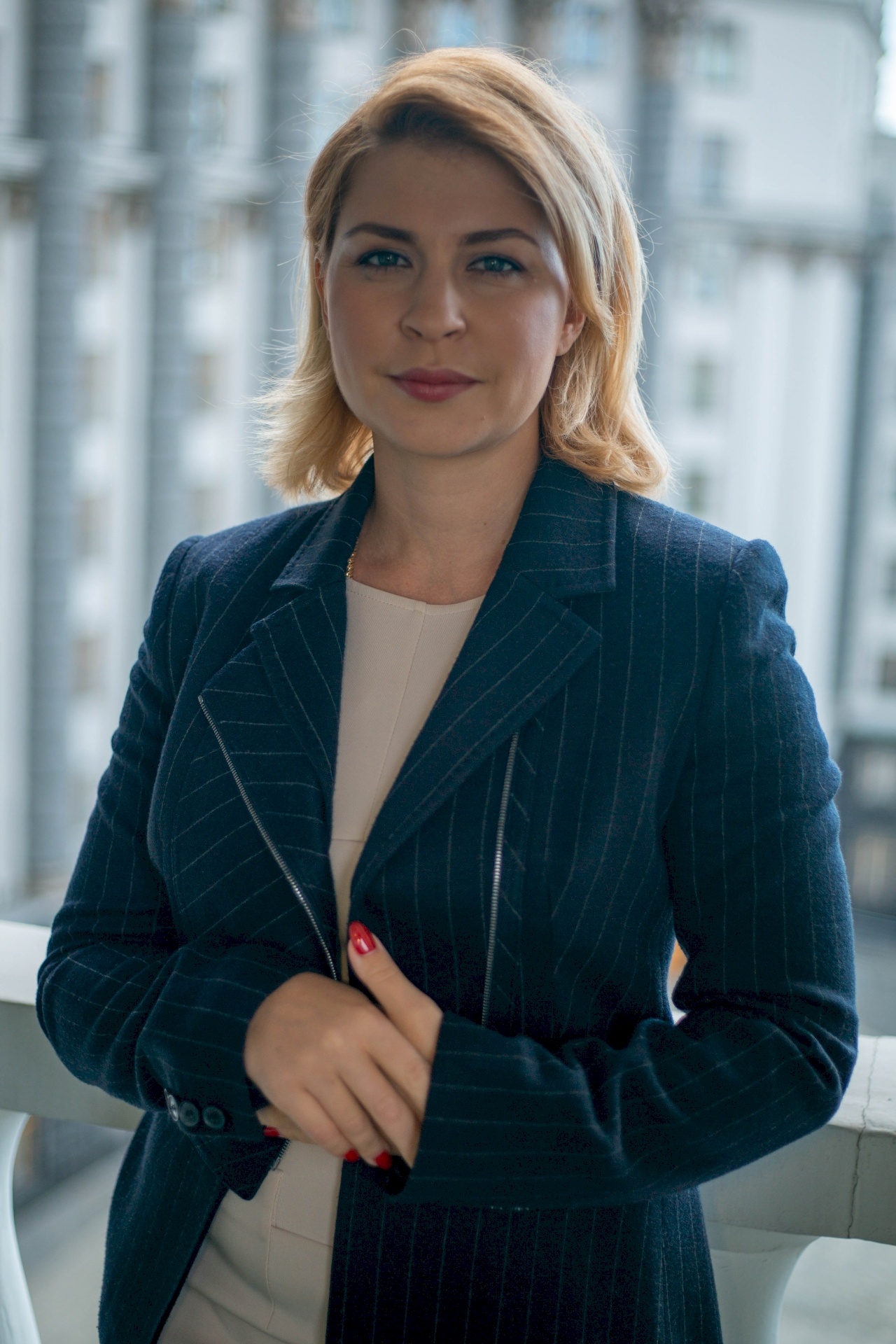 Olha Stefanishyna is a Deputy Prime Minister for European and Euro-Atlantic Integration of Ukraine since June 2020.

In the Government, Olha Stefanishyna is in charge of Ukraine’s integration to the EU and NATO, as well as the implementation of the SDGs in Ukraine with special focus on gender equality.

Upon her appointment, she has initiated an update of the Association Agreement in order to boost trade between the EU and Ukraine and the enhancement of transborder cooperation. The second part of the DPM Stefanishyna portfolio is to ensure all-government coordination of Ukraine-NATO cooperation and increase the military interoperability between Ukraine and NATO Allies military forces.

DPM Stefanishyna has over 13 years of experience in the field of International and European Law. She used to work in the Ministry of Justice of Ukraine, served as a Director-General in the Government Office for Coordination of  European and Euro-Atlantic Integration of Ukraine, and used to have a private legal practice. Olha has a Master's Degree in International law and a Diploma in economics, studied at the Diplomatic Academy of Vienna, and at the Estonian School of Diplomacy.

She is well known in the professional circles as one of the most qualified "euro-integrators" of Ukraine.